The latest option card for Courtyard’s CY460 Master Reference and Test Signal Generator doubles the number of independent SDI (up to 3G) test signal and SDI (up to 3G) colour black generators from 2 to 4.
All pairs of outputs can be configured to have independent video format, pattern, embedded audio and text idents.

This option enhances the already comprehensive capability of the SPG in a number of operational environments. For example 4 different outgoing lines could be separately identified with bars, audio and text ident. Another application may require test patterns outputs in a varity of video formats.

Having 4 independent 3G test signal outputs means that it is also possible to have a single 4K test signal output, so the addition of the CY410 option card brings 4k functionality to the CY460 as well. The option can of course be retrospectively added to any existing units in the field. 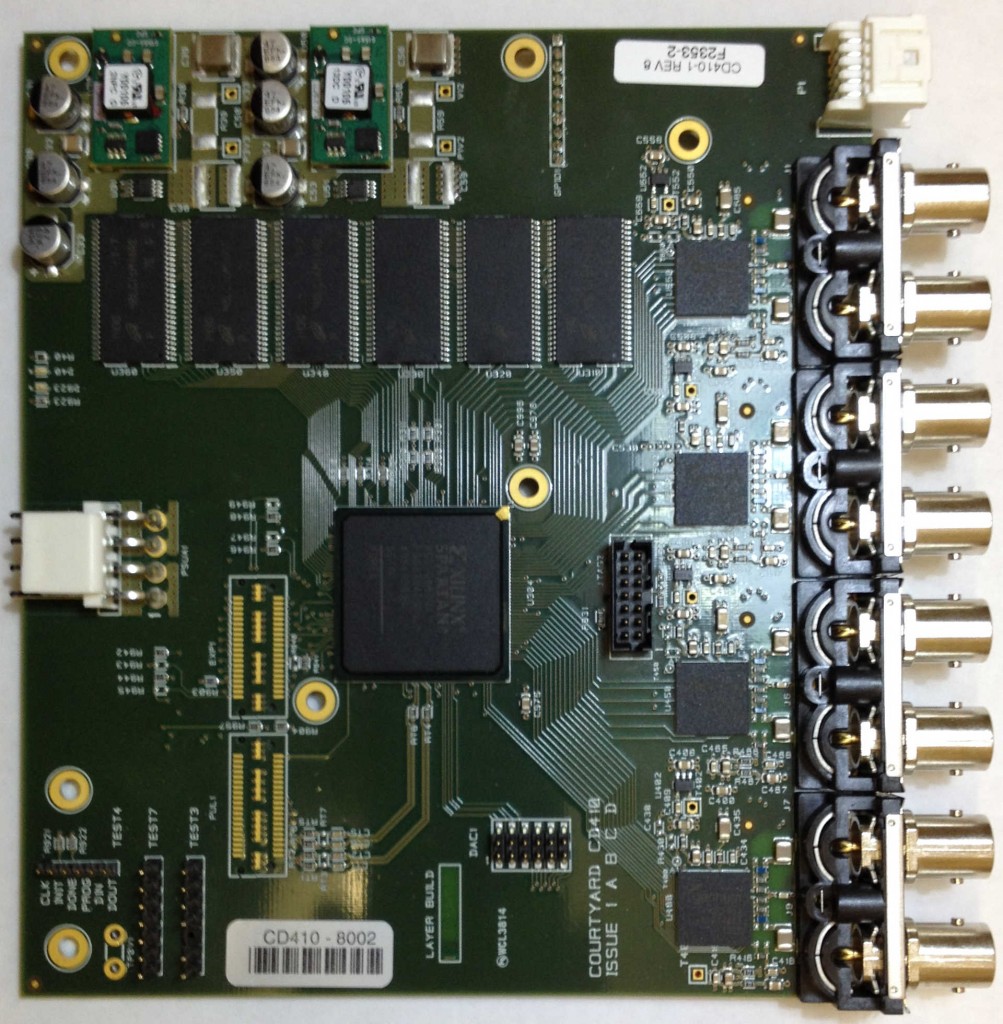 Conventional N+1 redundant power supplies sometimes fail to provide a good match to the realities and reliabilities of the available power grid. Increasingly redundant power is being supplied at DC to protect against external power grid interruptions.

To provide a solution Courtyard have introduced a mixed redundant power supply option for the CY460 Sync Pulse Generator.  One input is conventional mains AC from the external grid the other is 12v DC from the local uninterruptable power.  Whenever mains AC is available that is what will be used but the slightest of trouble on the mains and the 12v DC will be seamlessly switched in.

Over voltage protection , reverse voltage protection and EMC filtering provide the finish to the excellent solution and of course any AC or DC power faults can be logged via the OpenGear Connect system included as standard in the CY460 Sync Pulse Generator.

“The CY460 is complex and highly configurable, and housed in a one rack unit,” said Steve Cranny, Sales Director, Courtyard Electronics Limited. “It has its own front panel LCD display and controls from which all parameters can be set – but we also wanted to offer our customers a remote control solution via Ethernet.”

“Dashboard is an excellent TCP/IP control system,” continued Steve. “It was an obvious choice for us to become an openGear partner and implement the CY460 Dashboard control solution. Customers who already have other Ross Video and openGear products will benefit from being able to control and monitor those and the CY460 from a single platform.”

The latest option card for Courtyard’s CY460 Master Reference and Test Signal Generator doubles the number of independent SDI (up to 3G) test signal and SDI (up to 3G) colour black generators from 2 to 4. All pairs …
Read more »

"Well what can I say about Courtyard products? If they are still as good as the SPG CY420 you sold SPA films back in the early 90s then they are brilliant. The unit is on most of the time and, can I say, never missed a pulse. Thank you very much."